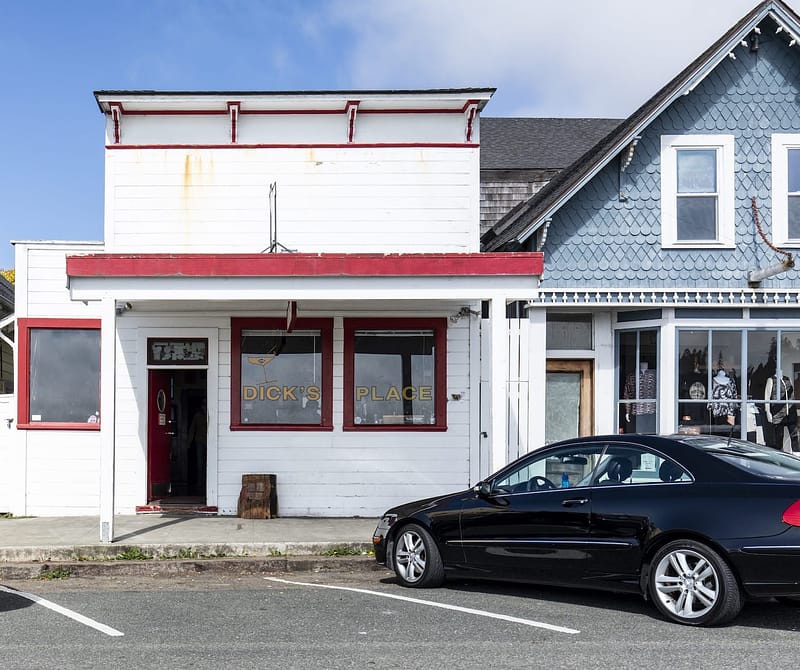 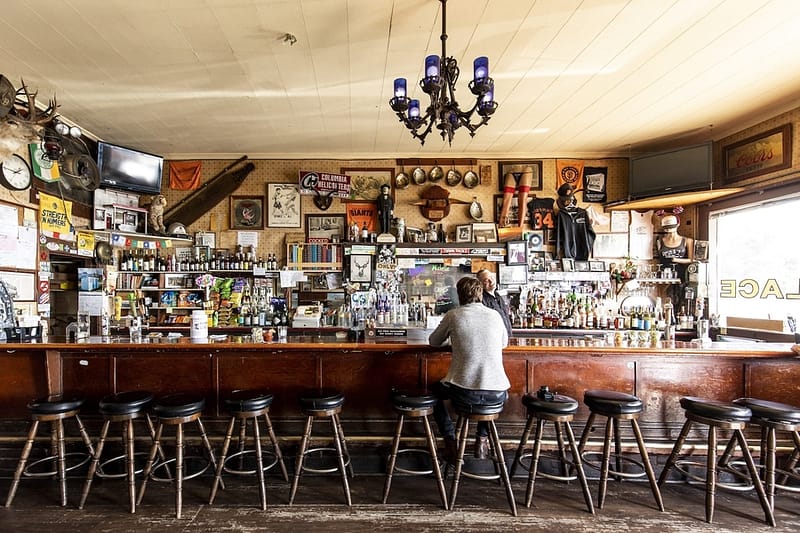 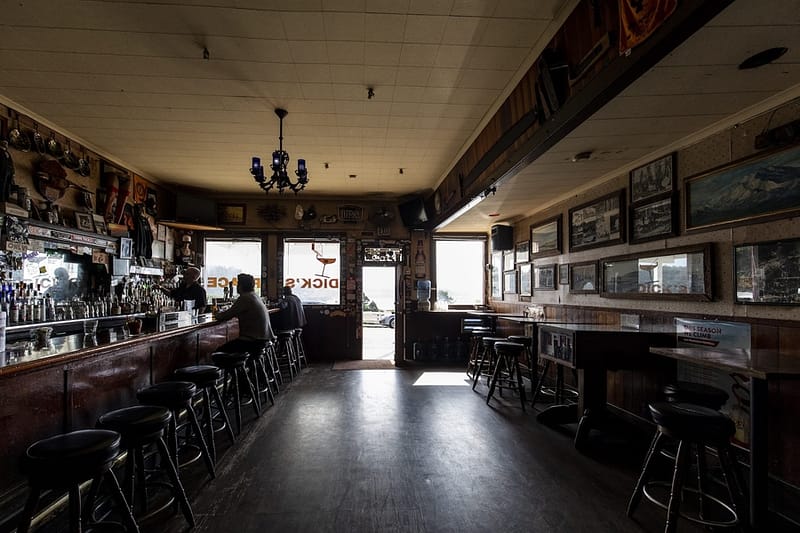 For a splash of local color and a good, honest drink, head to Dick’s Place on Main Street in the village of Mendocino. You can’t miss it – just look for the only neon sign in town, a red martini glass glowing through the soft summer fog or the stormy winter rain, a beacon of hope for the thirsty.

Follow the only neon sign in town to this local treasure serving good, strong drinks to locals and visitors alike in a warm, convivial atmosphere

Dick’s has been a local treasure for close to a century, ever since Ricardo “Dick” Checci opened a bar and lunchroom in 1934, right after Prohibition ended and everyone was in the mood for a drink. The lunchroom was in the back, where the pinball machine and dartboards now reside, and then, as now, the bar was up front and center.

A former logger, Dick wanted the bar to be a welcoming, neighborhood place, and it remains so today, serving good, strong drinks to locals and visitors alike in a warm, convivial atmosphere. The décor is nostalgic and comfortably cluttered, from the Giants memorabilia to the miniature model of Dick’s Place to the bumper sticker in the window stating, “So few Richards, so many Dicks. But only one Dick’s Place, Main Street, Mendocino”. This is true.

You’ll find the door open most of the year, unless the weather is very cold or wet, there will be a Giants game on one of the TVs in the summer, there will always be a crowd having a great time. Whether it’s your first visit or you’re a regular, you’ll feel right at home. There’s a full bar and a wide array of beers, and Dick’s Place is justly famous for its Bloody Marys. And there aren’t many classic bars that boast an ocean view.